In the Right Place

You know those times in life where you’re just struggling? Yea, those…

Emotionally, physically, spiritually—the source varies, but the feeling is the same.

Hey, if you don’t ever get to this place…
Round of applause!
God bless you!
More power to you!
Teach me your ways!

I think that we can all comfortably—or uncomfortably—admit we’ve been there. Our profession is a grind! There’s no other way to put it. I’m sure other jobs have similar stressors, but I don’t know the ins and outs of other jobs; I just know dentistry can be tough. We have demands from the clinical/patient management side of the equation, and sometimes (most of the time?) an even greater sense of demand from the staff/business/management side of things. It’s inevitable, but it’s one of the reasons we chose dentistry—and it’s what drives me on a daily, weekly, and yearly basis to become a better practitioner, manager, and boss.

I’m in that place right now. We have a five-month-old at home who is a walking viral Petri dish of daycare “love” and daddy picks up all of it. Yippee! We’ve recently added a new office location, and all of the marketing, managing, equipping, and adjusting that goes along with it. Emotionally, physically, spiritually—I’m drained. And I’m not afraid to admit it.

Now, I’m not here to push religion or question where you fall in the spectrum of opinions on the matter, but I can tell you one thing I’ve learned in my 30 years—the world finds a way to bring you back. It grabs you by the bootstraps, gives you a swift kick to the behind, and gets you going in the right direction. The method to the madness is something I’ve yet to figure out and have no intention of deciphering. It is a plan much bigger than I, but good golly, it happens on the regular!

I love my job, my staff, and my patients. I make it a point to get to know them all on a level greater than “How’s the weather? Happy holidays! Hey, it’s Friday!” I play golf with some, get coffee and dinner with others. We have an opportunity, and, I feel, an obligation, to make a difference in people’s lives. With this often come friendships that reach far beyond the clinical walls.

On this occasion, it was Stanley—an elderly patient of mine who is truly THE most interesting man in the world. He’s lived a life of absolute wonderment and tells stories you could write a Hollywood script about. He’s lived all over the world, was a professional wrestler in his prime—and has a handshake move than can render you unconscious in 30 seconds, so he says. He’s been in TV commercials and he even met the Pope, poking fun at his bell-covered slippers that played “Ave Maria” as he walked through the Sistine Chapel. I seriously can’t make this stuff up, people!

Anyway, Stanley was in for his routine checkup this week, and as I walked into the operatory, there sat a massive, hand-wrapped gift against the wall.

“For your wife and baby boy,” he said. “I saved it until now so it would mean more after the Christmas rush.”

I waited to open it until I got home. There was a sweet note with it. It was a painting of a tiger, and the note spoke of the origins of our son’s name. And, you know what, it was one of the coolest things I’ve ever gotten. No, it doesn’t fit the “theme” of our son’s room, nor is it something I’d pick out off the rack if I passed it in a local store, but it’s a thoughtful, touching gift from a friend. Just for being his dentist. Man, that’s cool. And it came just at a time when I needed a jumpstart. 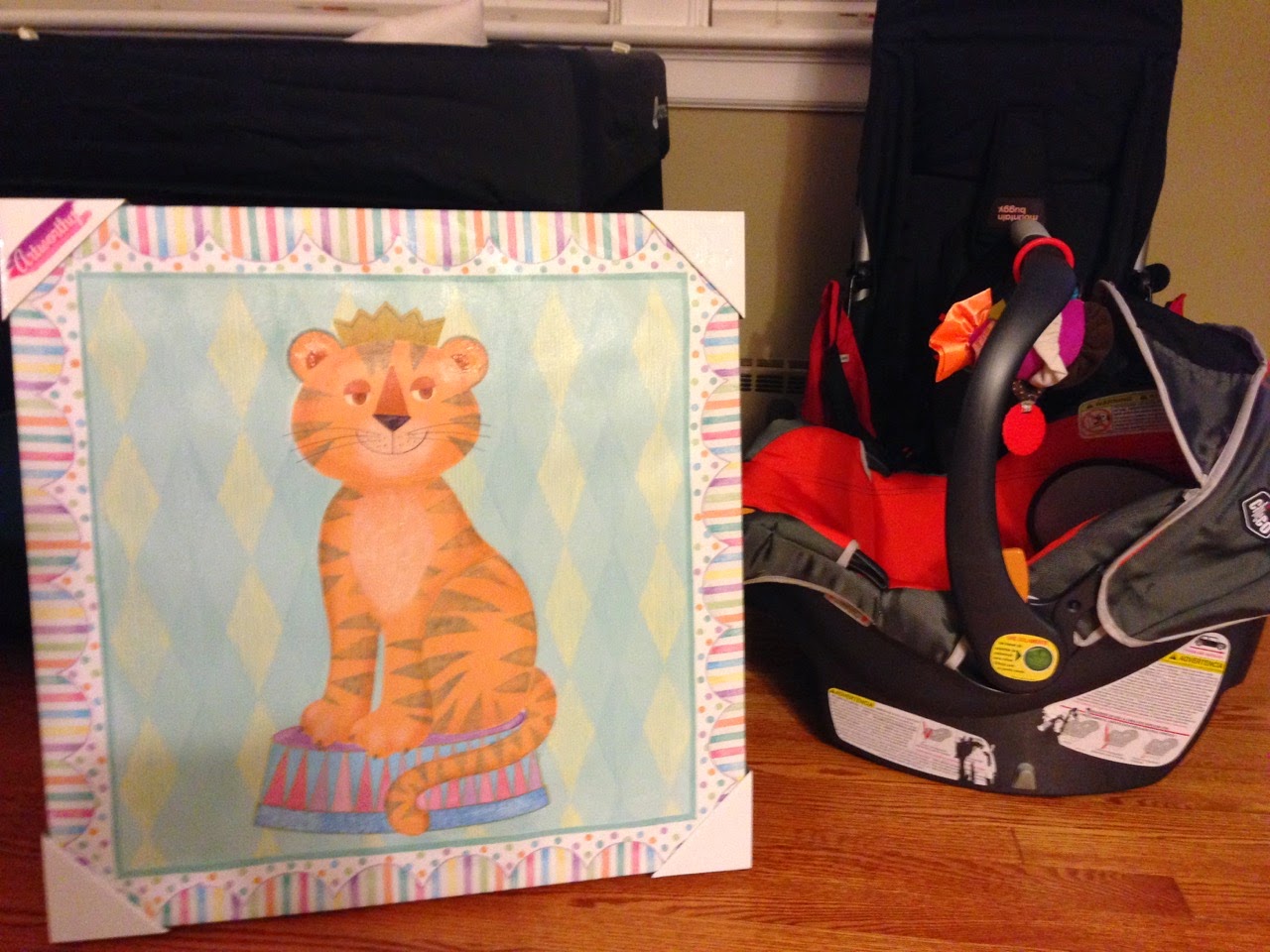 And there it goes—that infinite power that meets us in the place of struggle. Leave it to someone smarter than me to figure it out. I’m good with my tiger painting and thank-you note.