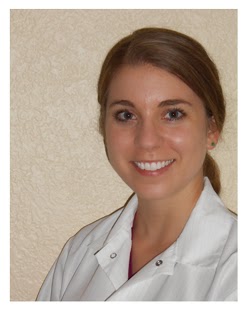 Yesterday, my first patient of the day was a 19-year-old Malayan tiger. Nineteen is getting old for a tiger, and our patient was suffering from resoptive lesions common in many species of cats—especially as they age. The Henry Doorly Zoo in Omaha, Neb., is regularly ranked among the best zoos in the country. The endodontist I work with at Creighton Dental School performs all of the root canals for the animals at the zoo. Whenever a lion, a bear, or a monkey breaks a major tooth, he goes in to help out the vets. The previous restorative dentist had recently moved, so I was in the right place at the right time.

Treatment is often performed on the floor of the cage. However, our tiger had other things that needed to be evaluated, so they brought him into the main hospital. After tranquilizing him, it took about 12 people to carry him in! The vets evaluated him for osteoporosis and they harvested sperm. Then it was my turn. During his annual exam, they had noticed resorptive lesions along the gumlines. Tiger dental anatomy is very similar to dogs and cats, only bigger, so I had at least some idea of what to expect. The previous dentist had talked me through her technique and materials. The first step is to remove the calculus so you can visualize the lesion properly. This step took the longest as there was a lot of serious scraping to do. The next step was to remove the gingival tissue that had grown into the defects. Hemostasis was the main issue I had while working. We all know how much inflamed tissue like to bleed, so with lots of pressure and lots of viscostat there was some semblance of hemostasis. Then I treated them like any other root surface lesions—etch, prime, and bond, and restore with glass ionomer. We had borrowed a portable hand piece unit, but I could not get the high speed to run. So, unfortunately, I wasn’t able to polish as well as I would have liked. Hopefully the patient won’t complain. Once I finished, it was time to wake up the tiger. They rushed him out and the vet let us know later that he had recovered well.

For anyone who is interested, there are other chances to get involved with animals. A friend of mine recently started volunteering at a humane society. She is an MD and she assists the vets during treatment. She is a big animal lover, and now she gets to help animals and learn from the vets. If you have an interest in animals, I suggest talking to your vet or local animal shelter to find out if they need any help. For me, treating the tiger will always be a highlight of my career.

Very cool story. How often do you get to put in a filling and have no concern about color match or finely polished margins?!

This is the first time I have ever heard of a dentist for animals. How cool is it that you get to help animals stay in good health much like a doctor does for people. Is it hard to keep the animals still while working on their teeth, or do you just put them out first before starting? http://www.georgetownveterinaryhospital.com/surg_dental.htm

Doing the dental work on a tiger would be incredibly intimidating. I wouldn't be able to control myself because I would always feel like he could wake up at any minute. It's really cool that you can say you have had your hand inside a tigers mouth and nothing happened. Thanks for sharing. http://www.bearssanimalclinic.com/services/dental/