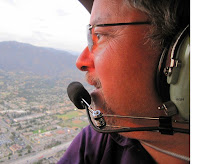 You probably remember Hermey. He was the misfit elf in the 1964 TV movie “Rudolph, the Red-Nosed Reindeer.” He was not happy making toys. He had a different calling: He wanted to be a dentist.

Whatever became of him? Well, after some research, I have found some answers.

The first thing you need to know is that people outside of the elf world sometimes get his name wrong. For some strange reason, some people call him Herbie. Maybe that’s why he prefers to be called Dr. Elf. Officially, he is now called Hermey the Elf, DDS. 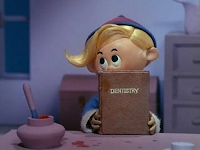 From what I’ve been able to piece together, Dr. Elf went to a dental school run by the tooth fairy. I have no doubt that he graduated at the top of his class.

His return visit to the Island of Misfit Toys is chronicled in the 2001 TV special “Rudolph the Red-Nosed Reindeer & the Island of Misfit Toys.” He returns to examine the island’s King Moonracer, who has a toothache. Dr. Elf recognizes the need for a root canal. He is such a dedicated dentist that he works out of a “toothmobile,” not a regular office. He doesn’t wait for patients to come to him; he goes to them!

It goes without saying the Hermey must be member of the Academy of General Dentistry (AGD). Fellowship and Mastership are foregone conclusions for an elf with that much passion for dentistry. I would also like to think that Hermey is a regular reader of The Daily Grind.

On a final note, it turns out Hermey is quite the ladies’ man. As the 2001 TV special ends, he gets a date with the tooth fairy herself! Well, he is a successful dentist, after all.

That is what I’ve been able to find out about my favorite elf dentist. Hermey, please do me a favor: Look me up at the next AGD meeting!