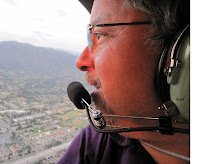 Dentists are a creative bunch. Sure, some spend their time inventing new dental composite fillings or matrix bands. This is boring. True yawners.


Here are some more interesting things invented by dentists. Yes, your colleagues.

Off the top of your head, can you name a profession that uses a versatile chair on a daily basis?
Alfred P. Southwick, MDS, DDS, was a dentist who also happened to be on a committee charged with finding a more humane alternative to hanging. After observing a drunk man killed by accidentally touching a generator’s exposed wire, he had a brainstorm. Could someone be killed by electricity in a controlled manner? Although, he did not coin the term, this is where the term electrocution comes from—electrical execution. He combined his working knowledge of dental chairs and electricity and came up with a timeless idea.

In 1890, Dr. Southwick was present at the first execution using the electric chair. Afterwards he stated: “There is the culmination of 10 years work and study! We live in a higher civilization from this day.”

No, we are not talking about the uber-delicious lunch meat. We are talking about those annoying advertising messages. You get those messages on your mobile phone, and more commonly, in your email inbox.

As you know, dentists are an inventive bunch. So why would a colleague sit around waiting for the Internet to be invented? He wanted to send spam messages there and then.

The first known spam message was sent in 1864 in England. Just imagine yourself as a member of Parliament. There is a knock on your door late at night. You receive an urgent telegram. This can only mean one of two things: the Queen has died or war has broken out.

It was neither; just a friendly message to let you know that Drs. Gabriel, of 27 Harley St., would have their dental practice open from 10 a.m. to 5 p.m. until October. Thus, the first spam message had been sent and the rest is history in your inbox.

Dr. William Morrison invented machine-spun sugar candy in 1897 along with confectioner John C. Wharton. They named their new invention fairy floss. It was a big hit when introduced at the 1904 World’s Fair in St. Louis. This is the same fair that also helped to popularize the ice cream cone and peanut butter in America. But most importantly, a dentist showcased a timeless sugar-filled treat for children.
So I challenge you. Go out and change the world. Make a contribution to humanity. Invent the next spam or electric chair.

It does seem funny that a dentist invented cotton candy! I'm not surprised dentists invented spam, though - people have always been trying to figure out new ways to get their practices' names out there. Thanks for sharing this fun trivia!

Fascinating article about some inventions that come from dentists. Who would have thought a dentist created cotton candy (aka. fairy floss)?

If not volunteer work, you got your GPA, you studied your GMAT and passed, and now it's time to send out those applications. With those applications, though, comes the idea of showing off your skills through the MBA statement of purpose essay portion of your application. See more personal statement pediatrics