Paying the Price for Having It All 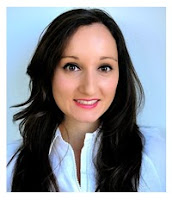 The first week of May came hard and fast for me this year. Last year, I was bored out of my mind, too pregnant to work, and just watching the minutes go by. Now I was getting ready to celebrate by son’s first birthday, whose first year flew by in what seemed like days. There was just one minor issue: the American Academy of Cosmetic Dentistry meeting.

I started going to this meeting annually when I was in my residency and only missed it last year for obvious reasons. I did not want to miss it two years in a row. Since the meeting went from Wednesday to Saturday and my son’s birthday was on Friday, I knew if I went that I could only go for a few days since there was no way I was missing his first birthday. My brilliant plan was to take a six-hour flight to San Francisco on Tuesday after work, and then take the red-eye back to New York on Thursday night.

I was determined to make this plan work. I figured I would get enough sleep on the plane—like most parents of young kids, I could pass out just about anywhere after 9 p.m. The jet lag after arriving was a little rough, so on the two mornings I was in California I ended up waking up at 4 a.m., unable to go back to sleep and showing up to the convention center bright and early for breakfast. When I got back home to New York, I was extremely tired, but so happy to be reunited with my baby and to begin preparations for his big birthday party the following day. I was exhausted, but I knew that if I just made it through the week, everything would be all right.

Well, I did make it through the week. The week after? Not so much. As the weekend came and went and all of the excitement and adrenaline of the birthday celebrations started to die down, I started feeling extremely tired and achy, but I just attributed it to my body trying to recover from the previous week. On Tuesday, I felt like I had to lie down several times during the day when I was at work. When I was leaving work, I was extremely cold, even though it was 80 degrees outside. All I wanted to do was lie down and go to sleep. It turned out that I had a 104-degree fever due to a case of strep throat. It was bad. My doctor phoned in an antibiotic prescription for me that night. My fever went down by the next morning and I was feeling much better after 24 hours. It was the first time that I had ever taken a sick day since I finished residency, and I still feel guilty about having to cancel patients.

Anyway, the moral of the story is… don’t overexert and overschedule yourself, because your body is smarter than you are and it will make you pay if you try to stretch its limits. Don’t worry though: I’ll be in San Francisco in June for the AGD’s annual meeting! I just won’t be taking a red-eye to get there.

Have a great week!

Definitely a solid lesson there. I know there's lots of times I've pushed myself thinking that it'd be ok, but the recovery time is often a lot longer than the push time ever was. I'm sure you had a great time doing both, though! Thanks for sharing!