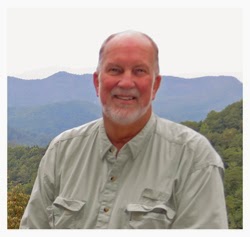 So for some unknown reason, I recently looked at my licensing certificates. I freaked when I noticed that my state license to prescribe controlled substances had expired. How could that happen? I quickly dug through all of the paperwork in my desk drawer (you know that drawer where you keep dosimeter records and radiology reports). I found equipment maintenance inspections mandated by the state but performed by private companies, along with the state inspections that repeat the same checks. In that way, the government can ensure that your office schedule is disrupted more than once. I understand the purpose—it’s a good thing that we’re required to have things monitored. I’d like to know if I’m being overly irradiated or spraying diseased water. But why twice in the same time period? (My state would actually allow the same inspection, by the two different entities, in the same week.)

After thumbing past those file folders in my “important paperwork drawer,” I found the one that actually licensed me to practice clinical dentistry in the state; thankfully, it was current. “At least I can still work on my patients,” I thought. A copy of that license was sandwiched between numerous CE certificates, study group flyers, and self-study booklets.

Of course, my numerous certificates are prominently displayed in frames on my office walls, just in case some curious patient might like to read one, or all of them—which I believe pretty much never happens. In light of the expired certificate, I wanted to double-check them all against my file copies, just in case. While handling them, I asked my assistant if she had some free time to polish the glass. When I saw the look on her face, I did it myself.

Then, toward the back of that all-important file drawer, I found a copy of last year’s application to the Federal Drug Enforcement Administration. It was current and so was my certificate. At least I wouldn’t get in trouble with the feds.

Then, in the very back of the drawer, I finally located what I was looking for: a copy of my January 2015 application to the Maryland Department of Health and Mental Hygiene (MDHMH), Division of Drug Control, on which I had recorded the check number for my payment to the State of Maryland. After carefully reviewing it, I remembered it being filled out a few months ago. Everything was in order. That was my signature. Nothing was missing or out of place. How could I not have my certificate to prove to inquiring, or skeptical, patients that I was not some schmuck prescribing drugs without a license?

I desperately wanted to find out why the state hadn’t received it. Were all my prescriptions from that date until now invalid? I hadn’t received any notice from the government, pharmacies, or anyone else that I was in arrears.

A simple phone call to the number listed on my copy of the MDHMH application was answered by a menu, which delivered no options germane to my current dilemma. So I listened again and hit #2, which brought up a second menu with more options that didn’t apply. I finally decided to let my office manager, who happens to be my wife, deal with it. She immediately punched in #0. After riding elevator music for 10 minutes, she got an actual person on the phone.

“Err, uh, did you send in the form and include the payment?”
“Yes, I have a copy of the form, but the check is electronically processed. I can contact our bank and get a copy.”
“Then check out our website. Everything is there.”
Click.

There was nothing on the website confirming that we had applied or sent in a check. But there also was nothing that said my license was expired. In the meantime, we had contacted my bank for a copy of the cancelled check and, to our dismay, found out it had never been processed. To address any issues—and we had a big one—the site directed her to the same number she had just called. Now my wife is not one to put up with idiots, which seemed to be what she was up against. But what else to do?

She called again. This time she got someone who was very helpful who told her that the government office had recently moved and all the renewal applications for a three-month period—yes, three months—had been “misplaced.” Yes, all of them—not just mine. So the reason our check had never been cashed was because it, along with the form, had been lost.

The nice lady also informed my wife that they had extended all the expiration dates for everyone involved; it’s just that they never bothered to tell anyone. It would have been nice if the first phone call had revealed this. They must be constantly receiving calls about this. I can imagine another agency being developed, over several years’ time and at considerable expense, to deal with this problem.

They ended up faxing a form letter to us stating that all expirations dated Dec. 31, 2014; Jan. 31, 2015; and Feb. 28, 2015 (mine), had been automatically extended to 2016 and 2017 respectively. We managed to fold and stuff this letter of explanation in the same frame with that expired certificate of mine in case a patient ever noticed the date.

To date, no one has.

Question: Does anyone honestly believe that an out-of-control bureaucracy will get any more efficient? Or that an ever more glutinous government will somehow magically make our offices run more effectively?

Very sorry this has happened to you! I tend to try and email the highest up email I can find to get information - this tends to cut through a LITTLE red tape when it comes to bureaucratic things, if it is a little rude. Hope that could help for next time!