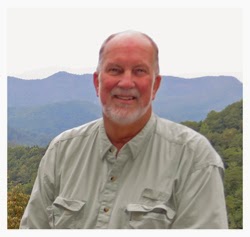 I hired an associate once. Actually, twice. Well…I guess it was three times. One was OK. One was a disaster. The third was a nonentity and totally unprofitable. The other two were also unprofitable. Well…one probably set me back a little.

So why? Why keep beating my head against the wall? Early in my career, I did it to pay the bills: school loans, rent, etc.

I’ve found that many, if not most dentists are individualists. I don’t want to say we’re loners; it’s hard to be a loner in the midst of staff and myriad patient interactions every day. The movie “Ghost Town” centers on a dentist who hates people in general. One scene shows an overly chatty patient, and the dentist could care less about what she is saying so he quiets her by taking an unnecessary alginate impression. “That’s better,” he mumbles. I think that stereotype has changed for the better over the years. Most dentists I know enjoy what they do and truly like their patients.

Reading the various blogs that come through this site helps me realize how far we’ve come as dentists, not just clinically, but personally as well. Today, large clinical settings are becoming the norm. There are always pluses and minuses with any change, but on the whole, I believe the larger settings have been an improvement. Our cases are not always cut and dry; having a colleague at hand for a second opinion can improve the quality of our treatment. Some larger offices have in-house specialists available at least once a week so patients don’t have to go somewhere else when referred for endo, perio, ortho, etc. People like a familiar setting where they know the receptionist even if they don’t actually know the doctor they are seeing.

So, back to the associate-for-profit thing. As a solo practitioner, I never had an associate who was bottom-line profitable. I wanted them to be. At one point, I specifically wanted someone to share the overhead on my main office while I established a satellite practice in a small bedroom community near Washington, D.C. The game plan: keep production going to pay the high rent and overhead of the suburbs, while I worked the embryonic satellite practice. If things went well, I might even turn a profit. I didn’t. Unforeseen complications arose.

It’s human nature that when you rent, you don’t take care of things as well as you would your own stuff. Ever pick up a rental car at the airport, the one with coffee stains on the seat and numerous scratches that the attendant says, “don’t worry about those”? I know every scratch on my own car and they bother me. Well, not the ones on the truck, but that doesn’t count. It looks nice and rustic—well-used for the purpose—with all its dings and dents.

While working in my satellite office, I once got this call from my part-time associate. “The unit in the middle room has sprung a leak.” I told him to turn off the main switch and I would deal with it when I could. I arrived the next day to a minor flood. After fixing the unit and replacing the carpet, I was in the red. Sometime later, when I had almost broken even on the deal, he called to say he’d found a job that “paid better.”

Having an associate to help pay the bills never worked out for me. My office wasn’t large enough to accommodate two dentists at the same time—so we could never work together. It would’ve been nice to have someone to consult with on certain cases. That would be one main reason to get an associate, but only if he or she were in-office at the same time you are. Another reason could be as a transition. If you’re thinking about selling your practice, grooming a prospective buyer by introducing him to your patients will increase its value.

But if you’re a solo practitioner, don’t expect a windfall that will pay for that estate in the country.

Rarely is an associate someone that you as the owner are going to be able to consult with. Most associates will have far less experience than you and their exposure to the real world of dentistry may leave them lacking, especially new graduates. Joining a local dental society or club will provide you with a group of peers that you can consult with.

Regarding bringing on an associate, there are times and circumstances to do this as well as the right way to do it in order for it to be successful. In my experience, most associates are brought in with the assumption that they know what they are doing and this may be very, very far from the truth. I always get a client to make the associate do it the way he is doing it especially in the case of new patients and general patient interaction. What the owner has been doing has worked and has grown the practice to the extent that it now needs an associate whereas the associate has very little track record to show that his way works. If the associate will not follow your way then he is the wrong one. Don't forget, you are the one that much clean up the messes the associate leaves behind.

I'm not ready yet for a dental associate but I do appreciate you commenting on your experiences. I am hoping to grow my one office into a 2 or 3 dentist practice in the future. My reasoning is to provide an environment that is more flexible for time off. As solo practitioners, it's very difficult to take time off. It would be nice to offer some alternate hours too. I plan on doing a lot more research before I consider a dental partner or associate.
Hank D. Michael, DMD
Cosmetic and Implant Dentist in Sarasota, FL