Have you ever heard of LBJ’s “The Great Society” and Medicare? Back in 1965, President Lyndon Johnson signed into law legislation that would create a medical parachute for our senior citizens. However, with great intent, Medicare never made provisions for the oral health care of eligible seniors.

At that time, the average 65-year-old had only seven teeth. The private sector had already realized the potential financial repercussions of Medicare not providing dental care for folks over 65. By 1983, businesses knew they could drop health insurance coverage at age 65 for their employees as it was replaced by mandated Medicare. This was not true for dentistry, where the retention of adult teeth was rapidly rising. Business reeled at the prospect of paying for dental care for the rest of their employees’ lives.

The watershed moment for dentistry came in 1983 when business/ insurance companies changed dental insurance to dental assistance. Before 1983, there were no limits on insurance coverage or reimbursement per year. Recognizing that folks were living longer and retaining more teeth with fewer dentures, companies began the scramble to not only contain but also control costs. As a result, in 1983, dental care coverage and reimbursement became capped at a yearly maximum of about $1,500. In the last 30 years, that initial yearly maximum has not changed. It is still about $1,500 per year. Since that turning point, folks have been forced to seek oral health at 1983 cost levels, resulting in tooth-by-tooth, repair-based dentistry rather than the pre-1983 levels of whole patient care.

Because folks are now living so long, many realize the need for comprehensive care for their entire mouth and oral structure. The price tag on that is about the same as Buick LaCrosse. If their oral health has been poor for many years, it can be as much as two Buick LaCrosses. Now you can understand why the Federal government and insurance companies did not want to be exposed to the expenditure of comprehensive whole mouth care for folks who will live into their nineties.

Dental insurance was able to change to the $1,500 max per year assistance because dentistry is the floor mat in an industry where medicine is the Rolls Royce. Dentistry is only 4% of the health care dollar. The golden goose that insurance companies want to sell is medical insurance. Insurance companies stabilized their dental costs at 1983 dollars and threw in dental coverage to secure selling medical policies.

Due to the decisions made 30 years ago to not properly fund dental insurance, folks now have backed up dental needs. The public have never been educated as to what was happening in oral health care. They do not know retaining a record number of teeth combined with increased life expectancy requires increased time, effort and money. Government and business are demanding that the dentist continue to be reimbursed at 1983 levels. This leaves these doctors aspiring to a Buick lifestyle.

In other words, for at least the last 30 years, we have been able to increase the health of our patients. We are retaining a record number of teeth for a record increased life expectancy. Dentistry, unlike medicine, has been able to do this despite lack of funding by the federal government and big business. 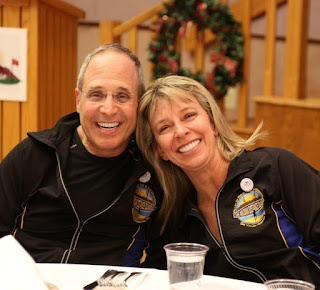 Thanks for writing
Jon Hardinger DDS