Turn a ‘Triple Play’ for Your Patients

There are so many reasons I love being the team dentist for the Chicago Bandits.

Are you familiar with the Bandits? The four-time league champion women’s professional fast-pitch softball team plays every summer out of their beautiful stadium in west-suburban Rosemont, Illinois. My role as the Bandits’ team dentist is so fulfilling. On a personal level, and as the father of two daughters, I’m extremely proud to support women’s professional sports. On a professional level, my role allows me to further the advancement and knowledge of sports dentistry in the public eye. Most importantly, it’s just flat-out fun to watch the team play.

Each game, the best softball players in the world meet on the field, and the action doesn’t disappoint. The team (and league, for that matter) is chock-full of National Collegiate Athletic Association all-Americans and former Olympians.

Over the past five years as the Bandits’ team dentist, I’ve been fortunate enough to watch some amazing softball on the field and associate with the stellar players, coaches and organizational staff. The past two seasons have been especially fantastic, as the Bandits are repeat defending league champions (in 2015 and 2016). Many amazing plays took place in order for the team to earn back-to-back championships, but one play in particular will always stand out in my mind.

It happened during the 2014 season before the recent championship run — a triple play! Yes, one of the rarest plays in the sport was started by none other than the Bandits’ redheaded ball of fire herself, shortstop Tammy Williams. Her triple play made ESPN’s “Top 10 Plays of the Week,” and she gained national recognition for not only herself, but for the team, league and sport as well. The video clip of the play rocketed through the internet and was shared again and again by women’s softball teams, players and fans of all ages. In all, that single play resonated throughout the softball world exponentially for longer than the several seconds it took to physically complete it.

Wouldn’t it be amazing to be able to be in Tammy’s cleats for just a moment? To have a skillset that allows us as dentists to have such a vast and far-reaching impact? I firmly believe that we as dentists are in a fantastic position to make a difference. There are chances to turn a “triple play” around us all of the time, to make an impact on our patients’ lives.

There are numerous procedures that fall into the “triple play” category, but several of the best examples are pit/fissure sealants, athletic mouthguards, bruxism night guards and routine prophylaxis. Each of these typifies a “triple play” procedure, as they are noninvasive and low-cost and yield long-term benefits for the patient. Even knowledgeable parents of pediatric patients rarely are aware that noninvasive, low-cost dental sealants can reduce their child’s probability of occlusal caries by up to 80 percent.

Broadly, in my office, a “triple play” procedure should satisfy all three of the following requirements, in order for me to pitch it to my patients:

If I can answer “yes” to each of those requirements, then the procedure certainly counts as a “triple play” and likely will resonate throughout that patient’s world in the same way that Tammy’s play did the softball world.

After I discuss with them the procedure, the science and the “triple play” way of thinking, my patients always leave with not only a better understanding of dentistry, but an effective approach to dental treatment planning as well. In my opinion, patients truly appreciate this way of thinking, and it’s been a real practice-builder, as patients are more willing to accept recommended treatment to improve their oral health.

So whether you’re sitting in your dental practice or in the stands watching the Bandits, be sure to watch closely for that “triple play” opportunity that could have a long-lasting impact. 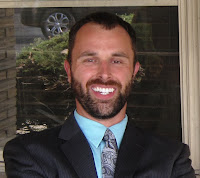