The Worst Advice I’ve Ever Received

During my years as a dentist, I’ve received some great advice from fellow dentists. I hope that I’ve been able to share some of that advice with you along the way. However, I’ve also received some well-intentioned, but from my perspective, bad advice. I offer you a sampling in the hope that I can save you some pain during your career.

Set up a Twitter account. As social media was becoming more popular, dentists were bombarded with the advice that without Twitter, Facebook, etc., their practice would be doomed. The reasoning for using Twitter went something like this: You could use Twitter to keep your patients informed. The theory was that patients would want to know what exciting things were going on in your practice. However, I found myself asking, “Am I really that interested in what is happening in my optometrist’s practice?” After much coaxing, I gave in. I set up an account and actually gained some followers. Unfortunately for my office, the account was hacked. Can you guess how much patients appreciate receiving inappropriate advertisements from their dentist? Well, you can just imagine the phone calls we received.

Set up a dental spa. I never understood this one. You’ve been there — a patient comes in for a crown prep and says, “I have to be somewhere else in 20 minutes; how long will this take?” Now, I am supposed to say, “Hey, are you in the mood for a massage?” This may come as a surprise to you, but most patients want to get in and get out. Sure, they like you. They just don’t like dental offices. So get them in, and then get them out. Besides, I have never heard a patient tell me about having fun at a dental spa or even going to one, for that matter.

Advertise on the radio. This is another one you learn the hard way, so I let my friend try it out. He did and reported back to me: Once your patients hear you on the radio, they will say, “Hey, Doc, I heard you on the radio!” And that’s where it ends. If you are fortunate, they’ll say something such as, “Hey, Doc, I heard you on the radio and told my friends. They told their dentists about it.” No new patients. No referrals. Just the ego boost. For several thousand dollars a month (in my area), there are other things I can think of that provide a greater ego boost.

Be the Nordstrom of dentistry. The theory goes something like this: Invest in the greatest technology, and buy the most expensive décor, etc. In short, exude high-end quality. The result of putting forth all of this effort is that it theoretically will make your practice the type of office that will make people say, “Wow. This place must be expensive. I can’t afford to come here.” Nordstrom itself is having a difficult time being the Nordstrom of the retail business. Do you know which store is doing well? Nordstrom Rack. It makes a lot more money than Nordstrom does, because the grand majority of customers find it much more accessible.

What is the worst advice you’ve ever received? 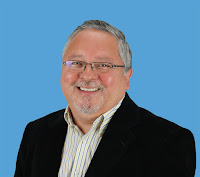 Great post.
As we get older we learn to filter out the crap.
But I find as I get older I don't really change anything and that aint that great either.

Completely agree with all the "pieces of advice", especially the last one. As for me, it is just the money pumping.
http://nikas.zp.ua/

Worse advice...when your numbers are down asking your supply rep how other practices are doing.